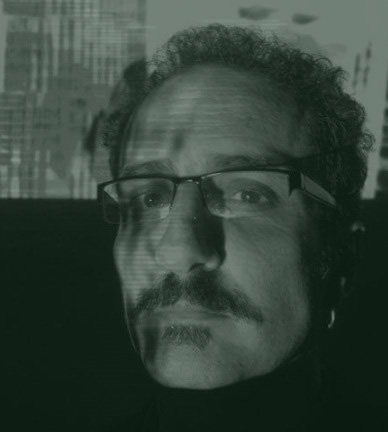 Dr Toni Sant is a Maltese academic and award-winning broadcaster based in the UK. He is the Director of the Digital Curation Lab at MediaCityUK with the University of Salford. Between 2014 and 2020 he was also the Artistic Director of Spazju Kreattiv, Malta’s national centre for creativity in Valletta. His broadcasting career spans back to the 1980s when he started out as a music and drama producer with Radio Malta, eventually moving into television as a presenter of music and light entertainment shows on TVM such as Mill-Garaxx, Blast! and Tutti Frutti. In 1994 he left Malta to pursue postgraduate studies in the USA where he was eventually awarded an MA and a PhD in Performance Studies at New York University. He continued broadcasting even after leaving radio and television. In the late 1990s he started exploring ways to use the Internet as an interactive broadcast medium and established the MaltaMedia Online Network, which produced some of the world’s first Maltese-language multimedia content on the worldwide web. This work eventually led to his weekly podcast Mużika Mod Ieħor, which has been his flagship production since 2005. In 2010 he co-founded the Malta Music Memory Project (M3P) with the aim of developing a collaborative database of Maltese music and associated arts. This also led him to becoming an active contributor to the global Wikimedia Movement. After a two-year period working with Wikimedia UK in London, he became a founding member of Wikimedia Community Malta, promoting open knowledge resources across the Maltese islands and around the world. http://www.m3p.com.mt/ Toni is also an Associate Editor of the International Journal of Performance Arts & Digital Media (published by Routledge) and a published author. His books include Franklin Furnace & the Spirit of the Avant Garde (Intellect – University of Chicago Press, 2011) and Remembering Rediffusion in Malta (Midsea Books, 2016). More recently he has also produced Documenting Performance (Bloomsbury Methuen Drama, 2017) and Ejjew Nidħku Ftit Ieħor ma’ Charles Clews (SKS, 2019). Other writings have appeared in various peer-reviewed academic publications and the popular press. He is currently working on a book about the Fondazzjoni Kreattività Art Collection, which is due out in 2020.