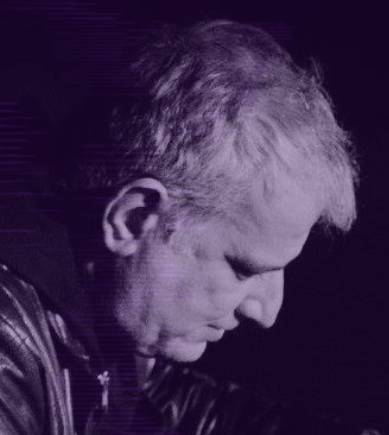 Joseph Felice aka The Chemist is a Maltese DJ and promoter. He developed a strong interest in electronic music in the early 1980s after discovering the works of pioneering artists and bands such as Depeche Mode, John Carpenter and Soft Cell amongst many others.

In the late 1980s and early 1990s he started to attend club nights and festivals, both locally and abroad, many of which focused mainly on acid house and house music.

In the mid-1990s he ventured into event organisation and promotion after joining M.A.D. Promotions. Following this initial experience, he set up the Unity Network, a music collective featuring several local underground DJs. In 1996 he founded Sonic Mecca, an agency that remains legendary for being among the first to bring to Malta illustrious artists from all over the world, among them Richie Hawtin, Tobias Schmidt, Claude Young and Surgeon. In 1998, Joseph Felice expanded Sonic Mecca’s aspirations when, together with DJ and producer Owen Jay, he launched a record label with the same name, an historic feat in itself since it was the first Maltese electronic music record label. The first release was Owen Jay’s debut techno album, Tinnitus.

Over the years, Sonic Mecca’s musical bearings shifted to enable the exploration of new areas and sub-genres in electronic music. In the early 2000s the label focused on a variety of electronic styles, including minimal techno, IDM (intelligent dance music) and Ambient, all of which were locally regarded niche genres.

Between 2012 and 2016, Joseph again started working with Richie Hawtin’s Berlin based M-Nus and brought to our island almost all of the label’s top stars, such as Magda, Marc Houle, Troy Pierce, Gaiser, Heartthrob and others. At that time all these artists were considered superstars in Europe.

In 2015 together with Michael Bugeja, Joseph set up the “A Critical Mass” club nights, which paid tribute to the alternative sounds of the mid-to-late 1970s and the 1980s. Through these events, Joseph rediscovered his love of rock music again, and went on to launch a series of nights dedicated to cold/dark wave and post-punk inviting foreign bands like The KVB (UK), Mueran Humanos (Argentina), Hord (France), From Hell (Spain) and Ashcode (Italy).

Meanwhile the Sonic Mecca story remains ongoing, mirroring Joseph’s longstanding ethos of presenting events that focus more on unique and authentic quality music rather than the more common commercial equivalent. In fact, Sonic Mecca events have always been revered for breaking music boundaries in the local scene. This vision has been present since the early days and it continues to thrive as it reacts to the emerging new sounds and genres of the modern music world.

Occasionally, The Chemist also likes to venture into DJing, mostly because he likes to share his knowledge of music and his eclectic music collection with the public. He considers his DJing more as a hobby rather than a profession.

Session by The Chemist