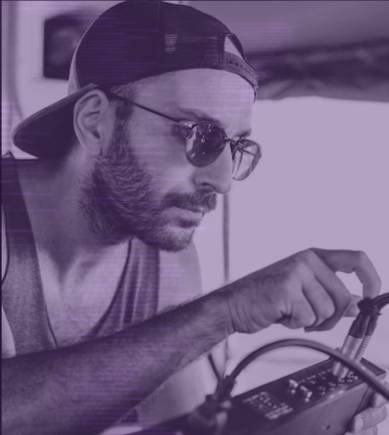 Born into a family of classically trained musicians and audio enthusiasts Mark’s love for Music and sound started in his early childhood. Throughout secondary school he became particularly interested in the science of sound during physics class, which led to a keen interest in loudspeaker design, components and electronics.

In 2005, Mark had the opportunity to join one of Malta’s leading events production companies as a trainee audiovisual technician, where he specialised in live sound up until 2007. He then decided to seek out a formal education on the subject and moved to Sydney, where he enrolled in a Sound Engineering Diploma course at the prestigious S.A.E. Institute. The following year he graduated at the top of his class, and for the next 3 years he carried on working as a full time live sound engineer in Sydney and soon after in London. During this period he gained world class experience and knowledge from working on high profile corporate events alongside senior engineers with decades of experience.

In 2011 Mark returned to Malta where he established himself as a freelance engineer known for delivering top notch results in the live sound industry. During this time he also worked short contracts in London operating sound on multiple corporate events for his previous employer. Through exposure of Sound System culture in the vibrant Reggae and Dub scene in London, Mark was inspired to embark on what would be his biggest project so far, Island Rockers Sound System.

After a year of research and consultations with a professional loudspeaker designer and builder in London, Mark concluded the system design of a unique sound system intended to deliver high quality sound reinforcement to the local underground music scene. He then built the sound system himself from CNC precision cut panels fabricated in London. In November 2014 Island Rockers Sound System was born and premiered at its first event with Bass Culture Malta. Needless to say it was a huge success and over the years, it established itself as one of the best sounding sound systems on the island, praised by local DJs and musicians, event promoters, sound engineers and foreign acts alike.

In 2015 Mark joined Malta’s biggest and best equipped live sound production company. At this point he started operating live sound for large concerts and international events with technically complex setups and mixes exceeding a hundred input channels. This further improved his engineering skills through unique opportunities like learning from touring engineers of big name international acts, working with full orchestras, and even heading up the sound for multiple stages at Malta’s largest alternative music festival for three consecutive years.

After 15 years working in live sound, Mark felt it was time to make a move into a different sector of the audio industry. He joined a local company that specialises in the provision of high end audio products for the home, studio and live sound markets, where he works as a pro audio consultant and acoustics designer. He still maintains his live sound engineering career by working part-time as a freelance F.O.H. engineer as well as setting up and operating Island Rockers for various underground events. Mark’s thirst for knowledge and understanding audio never subsided and in his free time he is still actively studying and researching sound in more depth than ever, currently focusing on subjects such as acoustics and mastering.