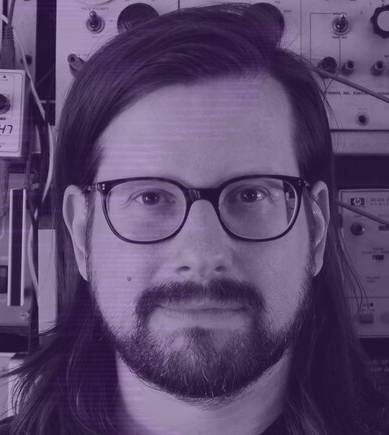 Based out of Berlin, Germany, electronic music composer and performer Hainbach creates shifting audio landscapes THE WIRE called “One hell of a trip”. He has been fascinated with electronic sounds since he discovered the dial on the radio. Never losing his childhood wonder, he still searches for the sounds in between on modular synths, tape and test equipment, making even the unmusical “music”. Through his YouTube channel Hainbach brings experimental music techniques to a wider audience.

“Blessed with a lightness of touch and textural nuance that you don’t hear every day (or perhaps do, if you’re paying attention beyond your white buds), both operators coax out remarkably compatible stripes of buzzing, ersatz-tribal drum patterns and fluffy melodies that float by in a lush daydream of jazzy gestures that recall Arthur Russell and Peter Zummo as much as Moebius & Roedelius’ most hushed Harmonia pieces.” — BOOMKAT

“On the flipside, Hainbach further impresses on the funereal ‘By The Motorway, By The River’ while ‘Heart Of Darkness’ takes on a decidedly more portentous hue. Even in this light, it retains an air of opulence that hangs over the whole record, orchestral arrangements shining at the midpoint, the track blurring the lines between analogue and digital.” — THE QUIETUS

“Acosta is a record of deliciously understated electronics whose subtle charms are further coaxed out with each play.” — RESIDENT ADVISOR

“Hainbach’s tracks are more immersive, a landscape to wallow in and explore rather than a road to run down. The two sides complement each other like journey and destination. Together, they make one hell of a trip.” — THE WIRE