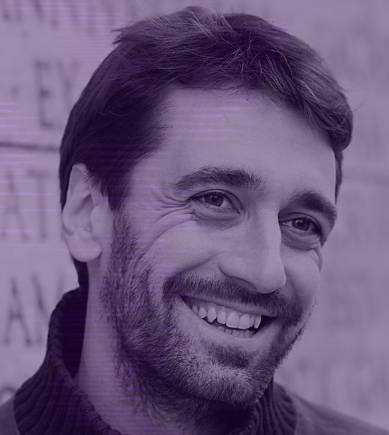 Edoardo Pietrogrande, born in 1983 is a sound engineer, DJ and record producer.

An architect specializing in audio-video setups, Bachelor of arts at Sae Institute in sound engineering, since 2012 he has been working as sound engineer and artistic producer for Francesco Tristano, classical pianist and electronic composer.
Since 2016 he started following as sound engineer Octave One, the legendary duo of the Detroit house scene.

He has to his credit numerous releases on prestigious labels under different pseudonyms; Get Physical, Ibadan records, D:vision have produced his works in the last 10 years: his latest project “P41” has been the most successful internationally.

Owner and founder of the independent label Festina Lente, he has been for several years resident DJ at historical Roman clubbing venues such as Brancaleone, Room 26 and ShariVari.

Project manager for streaming platform A-LIVE produced in 2020 the concerts of Elisa and Gianna Nannini for ENI, the showcases for RDS digital TV of Fedez, Mahmood, Achille Lauro and Maneskin.
He holds the position of head of production for the Jackleg studio in Milan, winner of numerous awards for sound design and soundtracks.

Sound engineer for digital artist Quayola, he collaborated on the finalization of the Transient project, with which they performed at Sonar 2022.

He is the curator of audio/video set-ups and scenography for the “Ō.Terme di Diocleziano” festival produced by Electa Mondadori, which saw its first edition in 2018 at the Baths of Diocletian. over the years he has worked with different realities related to international electronic music (Auditorium Parco della Musica, Sonar Barcelona, Mutek San Francisco, Boiler Room, Dommune Tokyo, Club to Club,Viva music festival, Space Ibiza, Ushuaia Ibiza, Montreaux jazz festival…) becoming a reference point for international insiders and local realities.